I hate to admit it, but I've had a serious consumption issue with baked goods lately. Actually, the truth is, I've had a problem with cookies, cake, chocolate chips, peanut butter on a spoon, frosting on a spoon, the list goes on. Last night the husband noted that all of our silverware was in the dishwasher, yet the entire top rack was empty.

Basically, if you can put it on a spoon, I've been putting it in my mouth. Not. Good.


Keep on readin'
Posted by meghan @ scratch-made wife at Wednesday, May 08, 2013 2 comments: Links to this post

Email ThisBlogThis!Share to TwitterShare to FacebookShare to Pinterest
Labels: WIAW

Sundays are for waking after the sun has risen, listening to in-the-spirit morning radio programs, dressing for church, playing ball in the backyard, eating brunch, pushing a stroller in the park and taking an afternoon drive with your sunglasses on.

Then again, maybe that's what Sundays are all about. Maybe not.

Maybe Sundays are about watching it rain, putting away groceries, folding laundry and ripping open the cardboard on a mixed case of Saranac. Maybe they're about watching babies roll around on a homemade quilt from their great-grandmother, stopping them only long enough to pull their tiny hands away from the dogs' tails.

Keep on readin'
Posted by meghan @ scratch-made wife at Monday, May 06, 2013 4 comments: Links to this post

10 Things You Should Never Say to a Mom of Multiples 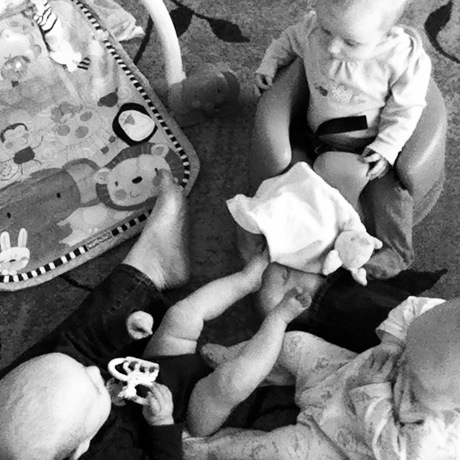 During undergrad I earned myself the nickname "The Clam." It wasn't exactly one of my favorite monikers, but I couldn't really argue with my girlfriends who found it fitting: If I found myself in a situation in which I didn't feel like talking, I wouldn't. I'd clam up. But I didn't really consider myself being "clammy." In my mind, if I had something valuable to contribute, I would. If not, I simply wouldn't.

It's this demeanor that has forced me to let a lot of things go, for example, when someone says I look tired. Gee, thanks for telling me you think I look like crap today. I have three infants at home. Or when a total stranger comments on how I "look great for having triplets." So had I birthed only one baby I'd have no excuse not to be back in my size 4 jeans already? 'Cause I'm wearing a size 6 at the moment. I think that's pretty dang good.

Keep on readin'
Posted by meghan @ scratch-made wife at Friday, May 03, 2013 2 comments: Links to this post

Email ThisBlogThis!Share to TwitterShare to FacebookShare to Pinterest
Labels: triplets 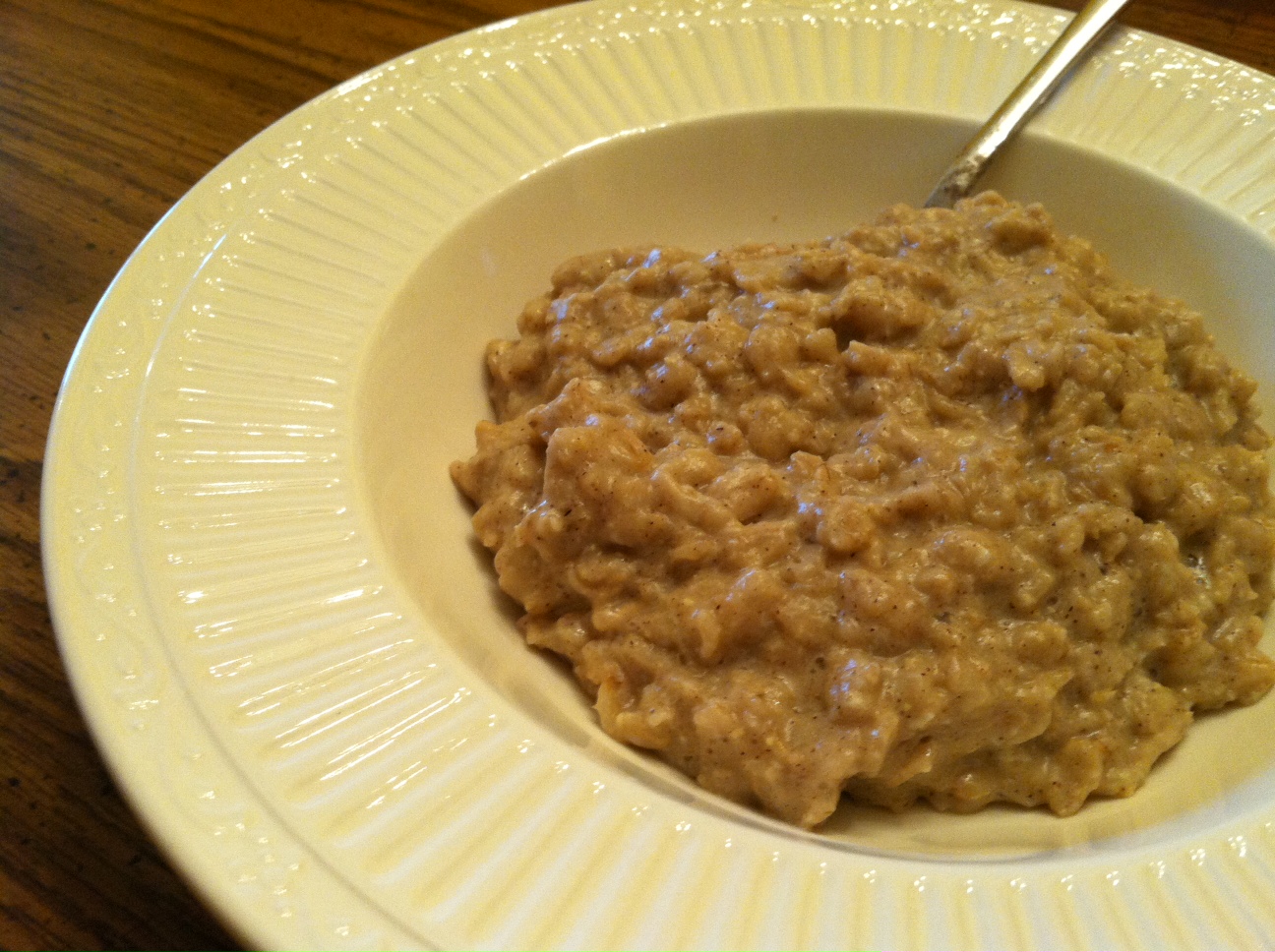 You'd think that by now I'd be sick of oatmeal for breakfast every single morning. Surprisingly enough, though, I haven't tired of it yet. I guess maybe that's because I rarely eat just old-fashioned oats and water. There's usually a serving of fruit-flavored yogurt, applesauce, apple slices or milk mixed in with my usual dish.

But last weekend I went a new route, thanks to Pinterest, and mixed eggs - yes, eggs! - into my oatmeal. (Confession: I spend way too much time on Pinterest in the middle of the night. It helps keep me awake during 3 am-pumping sessions.)

Keep on readin'
Posted by meghan @ scratch-made wife at Wednesday, May 01, 2013 4 comments: Links to this post

meghan @ scratch-made wife
Livin' in the mountains, raising an awesome trio with my wonderful husband, wearing cowboy boots and cooking scratch-made food with two brown doggies underfoot is what life's all about.